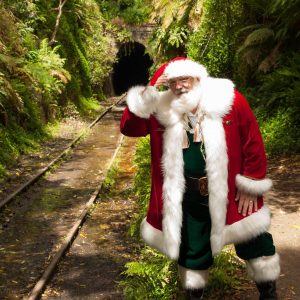 It happens every single year and usually at Christmas time.

People go mad at the shops don’t they?
We carry on as if someone has said ‘They’ve pressed the GO button the nuclear codes’…people buy shit they never need or want, they get angry in the shopping aisles and it’s bloody well impossible to have people ‘be nice’ to one another at Xmas. I mean for God’s sake IT’S CHRISTMAS!
I spent all of 20 minutes at the shops in the morning and wanted to murder people….I joke about that, so don’t go calling the cops!

But for some reason…and it happens every single year, people go berserk at Christmas time, and it’s not like we don’t know it’s coming, Woolies, Coles, Aldi and IGA, the buggers put Xmas baubles up just after Easter Sunday nowadays, we know Christmas is coming, it’s no surprise!

I witnessed two blokes grab the same ham at the same time and it almost came to fists…seriously fellas, it’s Christmas, and it wasn’t like they didn’t have 250 hams JUST LIKE THAT ONE, I think once they realised that myself with a few other people were laughing at their ridiculous behaviour!

So I reckon I’ve got Christmas sorted.
– Just take ya time at the shopping this year, they have plenty of shitty Xmas nuts that no bastard eats and those chocolate covered almonds that nan will let melt in her hands for hours so nobody gets any of them!
– The shop wont run out of hams or packets of junk food – unless you are shopping on December 24th
– DO IT NOW! Don’t wait until the 24th, or refer to the above.
– If you gotta do K Mart, remember everyone in there is exactly like YOU, they too have left it until the last week to buy every-bloody-thing for Christmas in two freakin hours…oh and good luck with getting outta there in two hours!!!! The only good thing, they’re open 24hours, go there at 2am!
– Take your time with the self serve checkouts, act dumb, people will take pity on the simpleton trying his best to figure that machine out.
– Breathe IN, breathe OUT! Count to 7598, that way, the arsehole who took your ham will be well and truly gone and yours will feel much nicer having taken some time to mull over the stock!

I hear it all the time, prices of venues and couples stressing about what it will cost...