Addison, Finnegan…..they’re the two names our children have been given. Sure, we thought they were pretty cool – well, so we thought!

Addison – Originally a last name derived from the name Adam, meaning ‘son of Adam’, it has become popular as a first name, especially for girls.

Finnegan – The name is an Irish baby name, in Irish the meaning of the name Finnegan is: Fair.

Think about what you are about to inflict upon your children. Just because these TV shows are your favourite now it doesn’t necessarily mean their names are going to be cool when they hit high school in 13 years. These shenanigans must stop NOW for the child’s sake!

The U.K.’s Office of National Statistics compiles the top baby names in England and Wales every year. Oliver and Amelia topped the overall list, they are very nice names too. But, the office also took the time to point out the rise in pop culture baby names. 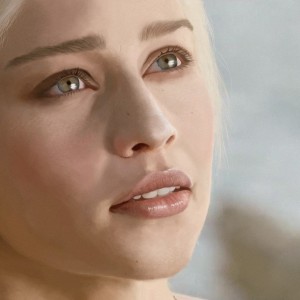 Game of Thrones had a major influence on parents in 2014 – let me just state right now, I have not seen one episode of GOT, I prefer The History channel – something to do with – THE FACT IT’S REAL!!!!!!!

But I digress, check out the name parents are giving their kids;

Daenerys – Then there’s the royal title of the strong-willed leader only racking up 9 names in the U.K. – I have no clue how to even say that name!

Arya – Clocking in at 244 names. C’mon people! Are parents allowed in the delivery room ‘drunk’ nowadays????

Theon and Tyrion – So these two names proved less popular! That’s not a bloody surprise!!!

The Pain doesn’t stop there. We all remember the Disney movie Frozen right? How could we forget the torture of Frozen’s ‘let it go’?

Elsa – Amassed a huge 537 names in 2014. And though Anna beat Elsa in terms of total names (there were 804 this year), the little sister’s name is actually declining in popularity in the U.K.

This data was limited to England and Wales, but it’s not limited to overseas. In the U.S, there were more Khaleesis than Wendys born last year, and there were more than 1000 babies named Elsa. And experts say that British parents tend to be ahead of the curve when it comes to baby names, so expect Game of Thrones to fully conquer the playground in a few years.

There are 0 comment. on "STOP Already with the Crazy Names!"