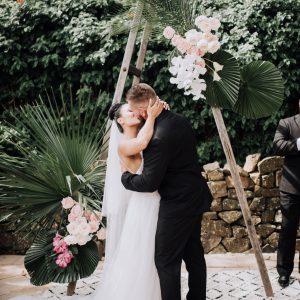 Look, I know the title of this blog may be a little dramatic, but let me put this into context!

Caity and Ryan got married in the beautiful seaside town of Gerringong on November 2nd, known to locals as Gezza (not important, but a cool fact to know if holidaying here), the average November weather reads a bit like this…Average low 14, average high 22 with 9 days of rain….WHERE DO THEY MENTION 39.8 FREAKIN DEGREES!!!!!!

Look, that aside, let me fill you in on these peeps…I gotta thanks ‘The Annable’s’, you see Caity and Ryan were at Danielle and Mick’s wedding, on the beach at Jervis Bay, it was chilled, beers on the beach beforehand and just a fun time. Caity liked that! So she booked me straight away.

It could’ve been a -5 degree day and Caity would’ve been hot, she outrageously gorgeous and Ryan is just a very cool Mofo, together, they are freakin awesome, Caity did pretty much all the wedding planning with me and I saw Ryan for the official legal stuff, but a great guy, he’s a FIFO worker, so bloody tough to catch up with him.

Let me just say, their wedding was scorching! Hottest Day on earth, that not even bloody Lucifer himself wanted in on this day and get this….Ryan and the boys were in ALL BLACK!!! Poor bastards needed 10 bevvies just to keep them cool. We all stood in the shade until the very last minute and then we got the show on the road, and what a shindig, so many laughs (although Caity did say, I’ll pay ya more to shorten this thing right up….I’m boilin here), here’s a little of their story!

So how did we get to this point?

Today we can blame the Races and The Northie Tav.

Caity told me that, all those years ago she went to the ‘girls day out’ races in nowra. She spotted Ryan throughout the day, but it wasn’t until the very graceful northie tavern that she started chatting him up at the bar….as you do! He was showing her a picture of his beloved black Ute – it was his background picture, then Caity was like “is this guy for real? Who even does that”

They discovered they had mutual friends that night so they mingled all night.

Then Ryan told me how he proposed!

On a Tuesday afternoon Cait drove me to Kiama to catch the train back to the airport to fly back to Perth for work for the fortnight, we usually went up a bit early and have some lunch and a walk down around the park and water, we were down near the sea pool sitting along the waterfront and I gave Isaac the ring and got him to go show mum as if it was just a rock he found. He gave it to Cait and when she realised what it was I asked her to Marry me.

Everyone has a great story and when I put this together for Caity and Ryan, I knew it would go down a treat.
After the signing and with everyone tonguing for a beer, I shouted out ‘They’re Married, now in the words of Caity, let’s get lit’
A great day, even if it was the Hottest Wedding Day Eva! Caity and Ryan are planning on either Vegas or The Greek Islands when he can get time from the FIFO life!
QUICK NOTE: See all the pics of Caity and Ryan, you’ll never see me in there pics, this gives peeps like Sarah Kennedy an amazing canvas of love to work with and not my massive head! 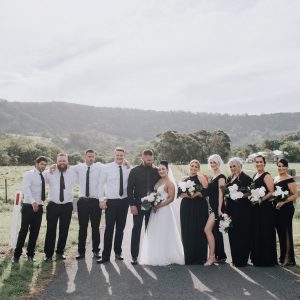 This week I head back to the wedding industry and one of the busiest fellas I know...

There are 0 comment. on "Caity and Ryan’s HOTTEST WEDDING EVA"

Bloody hell I’m lucky! If it wasn’t for the wonders of technology and Skype calls, multiple FaceTime calls, I’d...