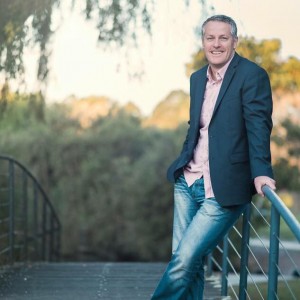 As an civil celebrant doing naming days, weddings and funerals, I deal with a lot of requests for music.

Having spent close to twenty years in commercial radio, I reckon I’ve heard some great songs and some weeeeeell, not so great songs!

At a funeral service, the songs generally set the tone for the entire service and most often, it’s the first song that really sets the emotional journey for family and friends. If the song is a really emotive song, you can see the congregation become downbeat and emotional very quickly and to be honest, it doesn’t take much to start people of the rollercoaster of tears.

But if that first song has real strong meaning and a little spunk to it, the congregation know they are in for something entirely different and generally those services, whilst emotional, take a completely different turn…..generally to the lighter side. They tell stories with that lighter side to them, they seem to laugh more.

So what songs can set the tone and what songs are just NOT used at funerals?

I’ll give you My 5 songs for a Funeral, that aren’t ‘really’ funeral songs in a minute…………. (or just scroll down to check em out if you’re impatient)

We’ve all heard of the traditional songs;

And the mighty, Always look on the bright side of life!

Then, there’s the songs that aren’t really funeral songs, but stir up emotions like no other song. They aren’t traditional or funny, they sit back smack in the middle and these are MY 5 picks for funeral songs;

5. Meg Mac – Roll Up Your Sleeves. This song is just an amazing hit for the Sydneysider, she has a unique gospel sound to her and the lyrics are brilliant

4. Sara McLachlan – Angel. OMG! I tear up when ever I hear this, just beautiful!

3. Missy Higgins – Everyone’s Waiting. This again isn’t a funeral song, but the music and lyrics stir up emotions and it makes a fitting song for your departed loved one.

2. SIA – I go to Sleep. WOW! What an amazing song! I know Sia has been in the charts with her new album, but this song is from some years ago and is just a really emotive song for a funeral.

1. Peter Hollins – The Parting Glass. This is a classic Irish/Scottish folk tune, in fact it’s origins come from the Gaels, it’s a song that was often sung to end a party or gathering. It’s been covered by almost every singer in the UK and this version is one of my favourites. Enjoy!

When thinking about funeral songs, there is no limit, no boundaries. Whatever your loved one enjoyed is what should be played at their final farewell.

There are 1 comment. on "Is THAT really a funeral song?"