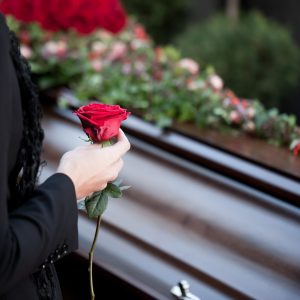 Possibly one of the most pleasing parts of being a celebrant is doing funerals on a daily basis. People often say ‘you do funerals, that must be terrible?’

Actually, it’s quite the opposite! It’s fulfilling with instant gratification from families, I get to cuddle lots of people – I’m a good hugger!

I get to tell wonderful stories of people’s lives and that to be honest is the most pleasing thing about being a funeral celebrant. I had a mate ask, ‘what happens if kids muck up?’….and there is the question for everyone, should my children be going to a funeral?

So here’s some thoughts and a few tips if taking children to a funeral….

My thoughts on taking a child to a funeral service are simple – bring them!

If for instance it’s a grandmother, allow them the great honour of speaking at the service (if old enough), not delivering memories, but a poem is good enough. You see if a grandmother passes away and is just ‘taken’ out of their lives, what’s more distressing for the child? NEVER seeing the grandmother or being present at a celebration of their life?
Personally, it’s far more harsh on a child that they NEVER see them again, just out of the blue with no real explanation….GONE!
OR…..to be present at the funeral service with an idea that the grandmother won’t come back, but they get to hear the stories of love and affection that they too will have! For me, it’s a no-brainer!

Here’s the scenario played out in quotes. I’d imagine it’s never as crudely played out as this in your family unit, but you’ll get where I’m coming from.
“So grandma’s just gone and I’ll never see her again?” yes mate, I’m sorry, she’s never coming back because she passed away.
OR
“So grandma’s gone” yeah mate, do you want to tell her you love her very much yourself?
“Yes please” ok buddy, tell grandma how much you love her and say bye bye.

As a funeral celebrant, I encourage families to be as involved as possible, get the children to draw a picture, write a poem, whatever it might be and have ME as the celebrant allow them the time to place something with ‘the deceased’ and allow them that chance to understand the grief that everyone is going through. Nobody wants to see our kids hurting over loss, it’s heartbraking, but by understanding it at an early age – I think – makes for better people later in life.

Also, if they are in attendance at a funeral service, don’t look down your nose at the parents if a child plays up, the parents are there to pay their respects and I for one, am unconcerned if a child cries or mucks up, kids will be kids and most of the chapels have ‘quiet rooms’ where parents can take a child away and still see the funeral service in progress. Remember all parents have been there at some stage, I get more annoyed at people not turning a mobile off when they’ve been asked to do so!!

So whether they are a part of the service or just in attendance, a child at a funeral service is a good thing. The more they can take on at a young age makes for better people and therefore a better world as we all grow!

When I asked this question on my facebook page, I had so many wonderful and diverse comments, here’s a few.

Tanikka Murrell;
I’d be upset if my children didn’t come to my funeral.
I think if the child is a big part of the deceased persons life than 100% yes and if a parent is asked to not bring their children to a funeral, but are also close to the deceased, that’s just rude. I know if I was to pass away, I would never want anyone to tell parents they cannot come because their children aren’t welcome. But in saying that, children can be loud and if that’s the case then that’s when the parent should take the child for a walk so they are not interrupting.

Carol Ann Armstrong
Yes , I think they should be. I regret that my children were not at their grandmothers funeral. That was 25 years ago.

Cheryl Anne Hunter
Speaking from experience my mother died when I was just 16 I’m now 53, (so things have changed quite a bit) I attended her funeral but my younger brother aged 12 didn’t, not even sure if he was even considered to be able to attend, I know he has spoken that he wished he was allowed to go so decisions made on behalf of children are not always the right ones.

Natalie Ward
Yes it’s important for them to be there as much as anyone else. It’s part of the grieving process. But in saying that they would also have the choice to attend or not.

Rae Studdert
When my kids were young and didn’t understand death or how to deal with it I didn’t take them to funerals.

Rachael Hall
Yes I think it’s fine for kids to go if they are immediate family, or close friend. Kids need to say goodbye too. But in saying that. I would explain to my child beforehand what was going to happen. But also be prepared to exit of child gets restless.

Ian Aulsebrook
Depends on the situation and how close they were to the deceased. Also on the maturity of the child and whether you think it will effect them in a positive or negative way. I don’t think there’s a one size fits all here, each situation should be considered on it’s individual circumstances.

Jennifer Straney
Yes, I think it’s okay they need to understand about life & that death is a part of life. Maybe not really small children, like under 5 as they tend to want to ask questions about what’s happening continually. But I believe older than that is okay because you can explain what’s going on & usually they can accept it.

Samantha Williams
I think it depends on who the person is to the child.
My parents chose not to let my sister and I go to our grandparents funerals. I was 7 at the time and I understood that I’d never see them again but I remember them for the last time I saw them not sitting in a room staring at a coffin watching my parents cry. I find that so upsetting when I see my parents sad.

Jodie McVeity
As much as i would hate to see my girls cry and be upset at a funeral i feel that perhaps it could be important for them to be a part of it if they were close to the person and to see that it is just a part of life we have to endure.

Deanne Chapman
I wanted my 2 youngest children to go to show them thats its ok to feel sad and grieve. But to also show them that its a time to remember that person, to show that they were loved and cherished and was a huge part on alot of people’s lives. Not just their own.

Ken Davies
Ken Davies Yes, especially when the ceremony is now a celebration of the deceased life. The children get a perspective on respecting the life that was.

Linda Styke
Not too young, they may not understand. I was forced to my grandfathers funeral when I was 6. I had nightmares for a long time knowing he was in the casket and couldnt get out. I think death being so final, and the concept of not seeing the loved one again its a difficult thing to absorb.

Colin DeFries
Yes, as long as they are well behaved. A funeral is a celebration of a life & no one can celebrate life any better than a child.

The Last comment I feel should go to Leanne,
Leanne Perry Strauss
I think your damned if you do and your damned if you dont. No matter what you chose someone will say you made the wrong choice.
Personally – when my young daughter died (3yrs 11 mths) – i chose to not to have my 6.5 yr old there. I thought it would be too hard on her. I got told how wrong it was. But at that time. I just wanted to protect her
I gave my kids (22, 15, 13) the choice as to whether they attended their nannys funeral. My daughters chose to go, my son could’nt do it. He was already suffering depression, and not handling her death.
I don’t know if my choices were wrong or right, but they were right for us at the time.
Whatever you chose has to be your choice and made for your reasons.

So ultimately, it’s really up to you! But the funeral industry has come a long way from a celebrant standing in front of 70-100 people and just blabbing on for 40 minutes. Today, they are a real celebration of life and I enjoy the celebrations that I provide because I get to tell stories of amazing people and families every single day.

For those that have recently had a loved one pass, “may thoughts are with you always”.

There are 1 comment. on "Kids and Funerals – Yes or No"