OK OK OK, I know, it’s the old radio brekkie jock coming out in me, but this is a bit of a big deal. I don’t normally post stuff about celebrity and crap like that, but this time it’s different, the gal they said was always going to be a bridesmaid and never a bride has done just that!

Jennifer Aniston has ‘finally’ gotten herself hitched. Good on her too, for so long people have been dumping on her saying it would never happen…then justin Theroux comes along.

So, let’s pick up this romantical little story from radio guru Howard Stern, who spilt all the beans! 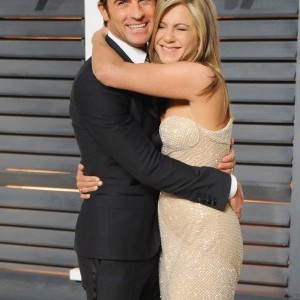 It was a wedding so secret hardly anyone on the guest list knew it was happening, but now the first high-profile attendee has unzipped his lips to reveal what happened at the nuptials of one Jennifer Aniston and Justin Theroux.

Speaking on his US radio show on Monday, shock jock Howard Stern became the event’s surprise leak, sharing details from the couple’s big day from the perspective of a guest.

Stern, 61, told his listeners how Aniston and Theroux managed to keep the year’s most highly anticipated celebrity wedding a complete secret.

He added that no one was allowed into the venue with a mobile phone, saying the only camera at the whole event belonged to photographer Terry Richardson.

As for their decor, Stern was scant on the details, but found particular fault in their seating arrangements.

“They had these little tiny chairs. There was a table, and then you sit down and the chairs were like poufs, like little pillow poufs,” he said, adding, “I’m six-foot-f—ing-five! I’m a grown man!”

Stern, who gave a toast to the couple, confirmed that the ceremony was officiated by late night host Jimmy Kimmel, adding that he did a “beautiful job”.

In addition, he confirmed that Chandelier singer Sia performed as the couple had their first dance.

Stern also gave an insight into the stories he told during his speech, which appeared to be centred on his admiration for Theroux.

“I even said in my speech to them that if one of my daughters brought home a guy like Justin, I’d be very pleased,” he said on air.

“Except for the s—ty tattoos, ’cause he’s got some f—ing weird ones,” he said. “And except for the fact that I gave him a journal to draw in and he draws pictures of dead zombie babies with blood dripping out their head on every almost page. I said, ‘Those two things might disturb me.’ But aside from that … ”

Stern’s comments are the first confirmation by a named source that the highly secretive wedding even happened.

News of the nuptials first broke on Thursday when People magazine and Us Weekly, citing unidentified sources, reported the couple had married at their Bel Air home.

TMZ.com then published aerial shots of a stage, dining tables and a cake, which featured the pair reimagined​ as edible Muppets, being brought onto the property.

In an interview with InStyle in January, Aniston​ hinted that she and Theroux, who became romantically involved after co-starring in the 2012 film Wanderlust, would consider eloping.

“There’s a big discussion in our house right now: Do you just do it and say screw it? Or do you try desperately to get away with [a secret ceremony] where you don’t have any fun because you’re hiding in a cave somewhere?” she said.

“If we could do it without all the buzzing and the noise … It can be done. Where there’s a will, there’s a way.”