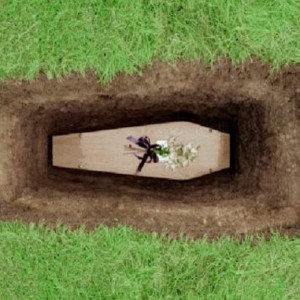 One of the things that I really enjoy about being a funeral celebrant is “the story”. The Story that families are willing and truly grateful to be able to tell.

When I talk to friends about being a celebrant and they say ‘oh weddings are fun’, and I explain that I also do funerals, that often gets met with ‘oh you poor thing’…Why? Why am I a poorer man for having discovered amazing people and families with tales to tell about their loved one.

Death is just as much a part of living!

I guess as a funeral celebrant I get to hear a lot about death, the grief that a person has that flows through the family and how all of this impact on people.

I’ll be honest, I love doing funerals, I’m a story teller…that sounds weird, but at a funeral, I believe in telling the greatest stories ever told of the person that’s passed away. I mean, they can’t tell their story can they…..

It’s the job of the celebrant to extract as much meaningful information from a family as possible. Some families can be withdrawn, mainly due to their grief and not wish to share too much, whereas most families will want to have their loved ones story told. Personally I like to tell “the story” in a funny way…it’s so important to laugh, it helps us get through the pain we feel.

I’ve heard this many times before and it’s kinda strange to hear it “oh, they didn’t do much with their life”, they would have you believe the person was a couch potato, more often than not they couldn’t be further from the truth…some of the stories I’ve heard have been breathtakingly awe inspiring…here’s just a few.

IT WAS MAKING FURNITURE WHERE CRAIG WAS TRULY HAPPY, OWNING HIS OWN SMALL BUSINESS THAT GREW, THE FINE PINE FURNITURE CO IN MILPERRA AND MINTO, THEN HE WENT INTO INDOOR FURNITURE.
THEN THERE WAS THE NURSERY BUSINESS, CRAIG LOVED HIS PLANTS AND HIS GARDEN, FIRST IN CAMPBELLTOWN THAT HE AND KERRIE MOVED DOWN TO SUSSEX WITH 8 ACRES AND CALLED THE SHOALHAVEN HOME, UNTIL THE FIRES OF 2001 THAT WIPED OUT THE NURSERY. BUT CRAIG CONTINUED AND FOUGHT ON WHEN OTHERS WOULD’VE GIVEN UP.

I’VE NEVER SEEN SO MANY VIDEOS, POSTERS AND PICTURES OF FAMOUS FOOTBALLERS, PELE, MARADONA, FRANZ BECKENBAUER AND SO MANY MORE! THE MEMORABILIA FROM HIS 10 YEARS AS A GEAR STEWARD OR “THE BABYSITTER” WITH THE SOCCEROOS IS ALL OVER THE HOUSE. THIS TOOK HIM TO ALL PARTS OF THE GLOBE AND PROVIDED GREAT MEMORIES.

AFTER 17 YEARS WITH THE NAVY HE EVENTUALLY DECIDED ENOUGH WAS ENOUGH AND HE DID THE FIRST THING ANY BLOKE WOULD DO…HE BOUGHT AN EJ HOLDEN!
BILL AGAIN SORT WORK THOUGH – HE NEVER SHYED AWAY FROM HARD WORK EITHER WORKING IN THE BOILER ROOM AT AUSTRALIAN PETROCHEMICALS AS THE PLANT OPERATOR, HE THEN WENT ON TO WORK FOR MERC SHARPE AND DOME AS THE PLANT OPERATOR.
BILL EVENTUALLY RETIRING AT THE AGE OF 65 AND MOVING TO THE CENTRAL COAST.

All had wonderful lives and I could tell many more stories of both men and woman who are just wonderful characters that have greeted this Earth.

All in all, I believe that we should plan for our death, whether your 21 or 101, because believe me we never know when death may choose to knock on our door…and death, well death doesn’t care much about our thoughts of NOT passing away, death just snatches us away.

So plan for death by LIVING, enjoy the ones around you, hold them tight, make amends, tell someone you love them, hug your friends, buy something special, don’t put off tomorrow…LIVE, before death decides you wont!

There are 0 comment. on "What’s a Funeral all about?"